Join the the action to demand the false charges be dropped for the 3 victims of police brutality at the hands of Lynn Police. Lynn’s police need to be held accountable, retrained, and defunded. False charges need to be dropped on all 3 victims. 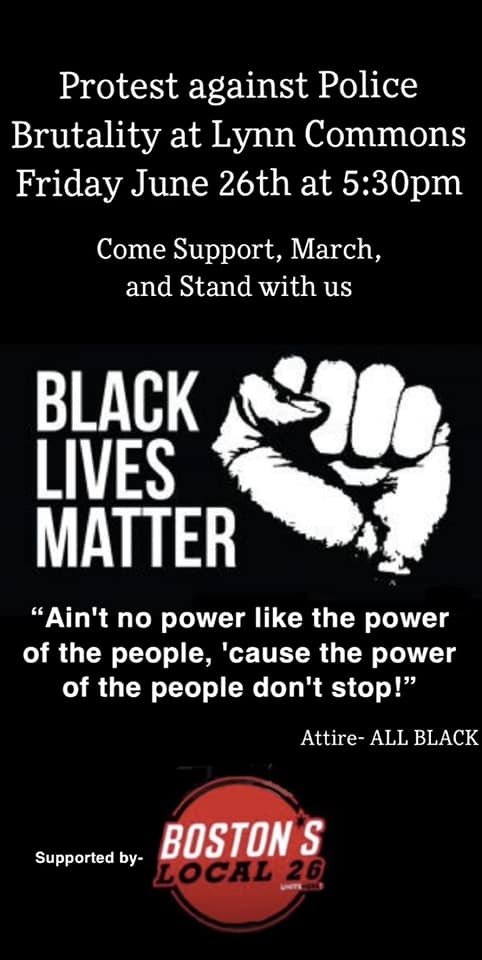 Lynn police had 12 cop cruisers and a police van pull up when they got a supposed noise complaint.  Three black men were ripped off their private property and arrested without being told their charges, without being read their rights, and forcefully thrown into a police van. During this process they were verbally abused, physically beaten, and wrongfully charged. Some were allowed to bail out after 6 hours, while another was held longer after receiving excessive abuse but being charged for being the abuser.

We do not agree with police misconduct, the abuse of power, or the racial profiling that is so commonly used by cops everywhere.  Lynn’s police need to be held accountable, retrained, and defunded. False charges need to be dropped on all 3 victims. #nojusticenopeace